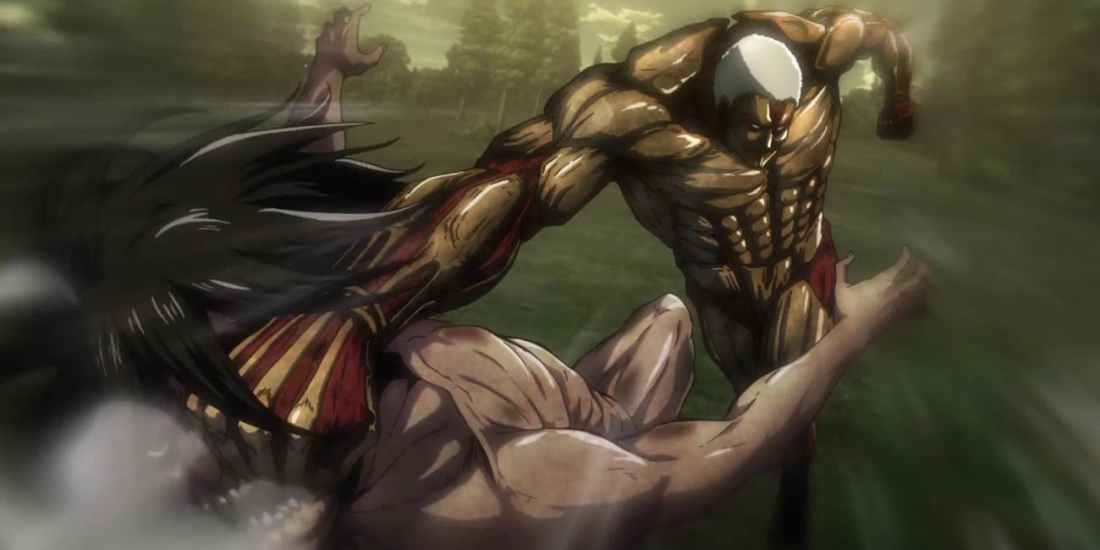 What is Marley’s plan of attack?

At the end of Chapter 116, Marley’s military arrived to bring the fight to Eren.
However, they must have some trick up their sleeve if they hope to defeat him.
Marley has three Titan Shifters and a large amount of soldiers ready to fight but this still may not be enough.
This is why I think it is a possibility we could  see a repeat of Chapter 92, where Marley will turn a bunch of Eldians into Titans, which could motivate Zeke to transform those who ingested his spinal fluid when he arrives.
Although, if Marley does use regular Titans then there will be nothing to stop them from attacking their own soldiers and Titan Shifters so this might not happen.
I have also seen some speculation that Marley may have perfected ODM Gear from the one Zeke stole from Miche in the Clash of the Titans Arc.
If the Marleyan soldiers can now use ODM Gear then this would give them a much better chance of winning.
Still, I believe their main form of attack will be the Warriors, who may actually be able to defeat Eren, despite his War Hammer Titan abilities.
This will probably be because of Reiner, who is more motivated than ever to beat Eren.
Besides, Reiner has lost to Eren in all of their fights so it is about time he won.

Will Eren use his War Hammer Titan?

Eren ate the War Hammer Titan all the way back in chapter 104, and in Chapter 110 we saw he could use its abilities when he broke out of prison.
So, despite Eren’s Titan form not looking any different when he transformed at the end of “All Creation,” he still clearly has those powers.
This makes it almost certain that he will use them in his battle with the Warriors and the Marleyan Military.
The question is how?
Some have theorized that Eren will use the War Hammer Titan power to create two blades like those in the ODM Gear, which he has used before so that makes sense.
We have also seen that the War Hammer Titan is capable of creating long range weapons like crossbows so I can definitely see Eren shooting the airships out of the sky.
However, we do not know how skilled Eren will be with these powers, considering he only got them recently.
While it certainly will come in handy, I do not think we can expect to see Eren on the same level as the previous War Hammer Titan quite yet.
If he somehow is though, then this will undoubtedly make the battle terribly one sided in Eren’s favor.
Whatever the case, I think we can expect to see the full extent of Eren’s capabilities with the War Hammer Titan power very soon.

When will Zeke arrive and what will he do?

Eren will be going up against three Titan Shifters in the next chapter so he will need all the help he can get.
Thankfully, his half-brother, Zeke, is currently on the way with Floch and the other Yeagerists.
I think this will most likely be the cliffhanger of Chapter 117 or 118, with Eren about to be overwhelmed and defeated only for Zeke to jump in and help at the last minute.
This would be a nice payoff to the scene where Zeke promised Eren he would save him and it would also be interesting to see how Zeke interacts with his former allies turned enemies.
I am the most curious about how he will interact with Pieck, considering he was the closest to her when he was on Marley’s side.
If Pieck is going to die, then this could lead to a sad scene where Zeke actually eats her to stop her from interfering.
This is just speculation though.
What I do think will happen is that Zeke will also play a role in destroying the airships with Eren, because his main attack is a pitching throw with rocks.
If this is the final battle, I also think we can expected to see Eren and Zeke finally initiate their plan once this battle is over.
However, since I think Eren is manipulating Zeke, this plan may not be what Zeke intends and he will probably be betrayed.

How will the scouts escape and what will they do?

Since this is most likely the final battle, then the scouts will definitely play a part in it.
In order to do that though, they have to escape from their prison cell.
This may or may not happen in Chapter 117 but it will almost certainly happen during this battle.
Coming back to my earlier theory, I believe Onyankopon will be the one to free them because there has been a lot of hints that he does not fully trust Yelena.
In the chaos of the battle he will probably run to free the Scouts.
As for Niccolo, he will most likely help Sasha’s family escape from the battlefield, while the scouts fight.
About what they will do during this fight, even though they are questioning Eren’s methods, they will still have no choice but to side with him during this battle.
In fact, Armin’s Colossal Titan could be enough to tip the scales in Eren’s favor, along with Zeke.
No matter what happens though, I think this could sadly be the last time we see a few of these characters, which leads me to my next point.

Some characters are going to die in this battle.
Whether these characters are major or minor, it is inevitable.
It just remains to be seen who these characters will be.
Starting with the scouts, the most likely candidates here are Connie and Jean, who are not as important to the story as Armin and Mikasa but whose deaths would still get an emotional gut punch, especially Jean.
However, I think that Connie may be the most likely to die here, even more so if Zeke gets involved.
Isayama has set up a possible fight between the two since Zeke turned Connie’s entire family into Titans and Connie said he was looking for an opportunity to fight him in the Uprising Arc.
Since Zeke is an important character though, if he and Connie do fight then I see Connie losing and probably dying.
Eren, Mikasa and Armin are also too important, like Zeke, so will not be dying any time soon.
Then there are Yelena, Onyankopon and Floch, who are all minor characters and could possibly die at any point.
Moving onto the Warriors, I think Reiner and Porco are safe for now.
Porco still needs to meet Historia and have his antagonism with Reiner resolved, and Reiner will most likely die when Zeke turns Falco into a Titan and Reiner sacrifices himself to save him, which I do not think will happen next chapter.
Pieck, on the other hand, could die.
She is handcuffed to Gabi and will not transform until she is uncuffed because it would kill her.
If she does get free though, she is still at risk because her Titan is the weakest and, unlike Porco and Reiner, I do not see anyway she can grow, even though I do really like her character.
As for Gabi, she is in the middle of a character arc so she is not dying.
Falco is another story, however, because he, and the others who have consumed Zeke’s spinal fluid, will most likely be turned into Titans soon.
Unless Reiner does sacrifice himself to save him, then I think Falco will most likely die soon.
His brother, Colt, is also fair game because his character does not seem to have a point.
Finally, there is Magath who I think is safe for the time being because he clearly has a role to play, although I do not know what that role is.

Now we come to the portion of the predictions where I lay out my concerns for the endgame of the series.
If you read my review for Chapter 116, you know that I am currently against this being the final battle.
The reason for this is that there are at least four major characters with unresolved storylines far away from this battle.
Those characters being Levi, Hange, Historia and Annie.
In my opinion, the only excuse an important character has for not being present during the final battle is if they are dead and none of these characters are.
It has also been a very long time since we have seen Historia and Annie so Isayama needs to bring them back into the story soon.
So, this fight possibly being the last one does have me concerned.
I would say that there is a chance this may not be the final showdown but, in all honesty, it has all the hallmarks of being that.
The characters are back in Shiganshina, where it all began, almost all of the Titan Shifters are present in this fight, and Zeke is on his way to meet Eren, which is currently the driving force of this final arc.
As a result, I find it unlikely that this is not going to turn out to be the last battle of the series, which is worrying because many of these characters’ storylines are unresolved at this point.
I am especially concerned that the missing characters will not reappear until the epilogue, which would be bad writing for a lot of them, especially Annie.
Her return has been hyped up for a long time so, if she only reappears during the epilogue of the story, it will feel like her character was completely wasted and that Isayama had absolutely no idea what to do with her.
If it is the final battle of Attack on Titan, then Isayama needs to find a way to include the four important characters who are missing.

And that is the end of my predictions for Chapter 117, which I will review when it is released. On another note, be sure to check out my reviews for the episodes of Attack on Titan Season 3 Part 2, which returns on April 28. This part of the anime with be adapting The Return to Shiganshina Arc, which is my favourite arc in the manga so far. I cannot wait to see how it is adapted and sharing my opinions with you.