Superheroes are everywhere these days.
There have been so many TV shows and movies about them that every piece of media that has them now has to incorporate something new to be successful.
Well, Netflix’s The Umbrella Academy does this in spades by being a family drama first and a superhero series second.
Based off the graphic novel series by Gerad Way, and adapted by Steve Blackman, The Umbrella Academy follows a dysfunctional family of superheroes who reunite after the death of their terrible adopted father (Colm Feore).
After the reappearance of their time traveling brother Five (Aidan Gallagher), they learn that the world will end in eight days and set out to stop it.

However, despite the coming apocalypse, the series focuses more on the relationships between its characters and it is all the better for it.
The Umbrella Academy is at its best when it pairs different characters together to play off one another.
This is helped by how great these characters are and how good of a job the actors portraying them do.
I cared for every member of the academy, from the sympathetic Vanya (Ellen Page), to the tragic Luther (Tom Hopper), to the regretful Allison (Emmy Raver-Lampman), to the stubborn Diego (David Castaneda), to the drug addict Klaus (Robert Sheenan).
Even the villains are likeable, with me actually cheering for the time traveling assassin Hazel (Cameron Britton) by the end.
The way the story revolves around these characters is fantastic, especially with the ending to episode eight, “I Heard A Rumor”, which had me screaming in shock at what happened.
The CGI is also amazing, with monkey butler Pogo (Adam Godley) looking like he came directly from the recent Planet of the Apes trilogy. 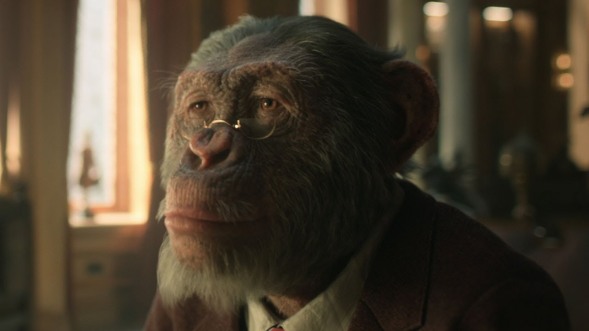 Then there is the music, which is well chosen, even incorporating some from Gerad Way himself into the mix.
But, while I did love all of this, The Umbrella Academy is not without its faults.
While the setup for the story is very interesting, with 43 women giving birth simultaneously, despite not being pregnant, there are numerous questions surrounding this that are never addressed.
For example, what happened to the other children who were not adopted?
Did they get powers too?
Even though these questions are not essential to the overall story of the season, it felt like some potentially interesting lore was being thrown away by it was not being addressed.
Another problem I have is with the final episode of the season, “The White Violin”, which just feels too short.
There are so many moments in this episode that are supposed to be powerful ones but they happen so quickly that there is no time to take it in.
That said, the ending cliffhanger is great.
In the end though, The Umbrella Academy season one is a great start to this series.
The character drama elements to the show are fantastic and bolstered by strong performances from all of the cast.
I hope it gets a second season because I will certainly be watching.