I quite enjoyed the first two MCU Spider-Man films.
Homecoming was a great example of a more grounded MCU film, with a fantastic antagonist, and while I did not like Far From Home as much as the first, I still thought it did a great job continuing the story of Tom Holland’s Peter Parker.
Well, after seeing the third film, No Way Home, I can say that this one is easily the best movie of the three.

Directed again by Jon Watts, No Way Home follows the events of Far From Home where Peter’s identity as Spider-Man was revealed to the world in a final act of vengeance by Mysterio.
With a conspiracy theory based witch hunt now invading every part of his life, spearheaded by J. Jonah Jameson (J.K Simmons), Peters goes to Dr. Strange (Benedict Cumberbatch) to request that he erase everyone’s memories of him being Spider-Man.
However, when Peter begins to add conditions to the spell, wanting M.J (Zendaya), Ned (Jacob Batalon), and his Aunt May (Marisa Tomei) to remember, it causes the spell to go haywire and draw in any villain who knows Spider-Man’s secret identity from other universes.
Peter quickly finds himself under attack from these villains, most notably Norman Osborn’s Green Goblin (Willem Dafoe) and Otto Octavius’ Dr Octopus (Alfred Molina).

And so Peter and Dr Strange must capture these numerous villains and send them back to their own universes before they cause too much chaos in their own, only for conflict between the two heroes to quickly follow.
With so many villains from previous Spider-Man films being in this movie, it would have been extremely easy for this film to just devolve into mindless nostalgia with no intelligence.
However, I think that No Way Home is a perfect example of a nostalgia film done right.
There are numerous quotes from the earlier films, including memes created from them, and these somehow work entirely.
What works even better is Tom Holland’s fantastic performance as Peter.
I have liked him in the role in the previous MCU movies but his performance in No Way Home is definitley his best so far.

This film is essentially the end of the Spider-Man origin we did not know this trilogy was.
I would even call it one of the best MCU films, with it definitely being in my top ten, if not my top five.
No Way Home is the perfect example of how to do a film with nostalgia as a major focus.
December was a great release date for it because the movie’s numerous great callbacks and easter eggs make it feel like a Christmas present for Spider-Man fans.
Speaking of which, be sure to have a Merry Christmas.

For quite a few years, friends were telling me that I should read Frank Herbert’s Dune, calling it one of the best science fiction stories of all time, and one that inspired generations of stories from that genre, like Star Wars, for instance.
However, for whatever reason, I did not take my friends’ advice and read Dune.
Then, I saw the trailers for Denis Villeneuve’s 2021 adaptation of the novel.
These trailers blew me away and Villeneuve is one of my favourite directors working today, so, knowing how dedicated he was to making Dune, I finally sat down and read the book.
I could not put it down.
The novel enthralled me from start to finish and, ever since finishing, it I have been eagerly anticipating the film’s release to theaters, and was finally able to see it yesterday.
Did it disappoint?
Absolutely not.
Dune is not just an incredible adaptation but I already think it’s one of the best movies I have ever seen, even though I only first saw it yesterday.

The film tells the story of Paul Atreides (Timothée Chalamet), a young noble born to Duke Leto Atreides (Oscar Isaac) and his Bene Gesserit concubine Jessica (Rebecca Ferguson).
Duke Leto is the ruler of the planet Caladan, however, the Pardishah Emperor mysteriously decides to order the Atreides family to take stewardship of the desert planet Arrakis, the only planet in the universe where the substance known as Spice can be found.
Spice not only has various benefits to the user but is also the reason interstellar travel is possible, so it is the most valuable resource in the universe.
You would think this would put the Atreides in an excellent position but, in taking over Spice production on Arrakis, they are taking over the position of the previous rulers of Arrakis, their rival family of the Harkonnens, lead by the cruel Baron Vladamir Harkonnen (Stellan Skarsgård).
With the threat of the Harkonnens and even the Emperor’s displeasure hanging over their heads, the Atreides seek an alliance with the native Fremen, among them Stilgar (Javier Bardem).
However, at the same time as this is happening, Paul is having strange dreams, many of which feature a woman named Chani (Zendaya), and these dreams may point to a brutal future for not just Paul’s future but also the future of the entire universe.

Yes, this is the story’s basic opening hook and it is a lot to take in.
Thankfully, Villeneuve presents this information to the viewer perfectly, with only a few things being left out, like the explanation of Mentat powers.
Helping this presentation of information is the incredible acting, cinematography and score.
Speaking of the acting, every single member of the cast brings their A-game, whether their roles in the story are small or major.
I already spoke of most of the characters, but two who I especially enjoyed are Paul’s mentors Gurney Halleck (Josh Brolin) and Duncan Idaho (Jason Momoa).
In fact, I would say that I actually liked the movie’s interpretation of Duncan more than the first novel.
The movie shows the friendship between him and Paul a lot better, making later scenes where the two share screen time a lot more impactful.

As for the cinematography, it is absolutely beautiful and Greg Fraser did an amazing job.
I had a massive grin on my face almost the entire way through the film because of how gorgeous almost every single shot looked.
What made this grin even wider was Han Zimmer’s brilliant score, his best one to date, in my opinion.

Pair this excellent acting, cinematography and score with Villeneuve’s direction, and you have a masterful adaptation of Frank Herbert’s novel that needs to be seen in theaters.
Seriously, I am so glad I decided to watch this for the first time at the movies instead of on HBO Max.
It just provides an experience for this film that cannot possibly be matched on the smaller screen.
I just wish that the studios had realised what they had and agreed with Villeneuve’s wish to film the sequel at the same time, so both parts could be released closer together.
Well, at least we are getting a sequel, with hopefully more on the way, since I have also read the sequel novel Dune: Messiah and loved that as well.
I cannot wait to read the rest of Dune novels now that I have finally finished The Wheel of Time books, and it would be great to see those get future adaptations as well, given how excellent Villeneuve’s Dune was.
In regards to the future of Dune as a movie franchise, I only have one thing to say.
Let the sequels flow. 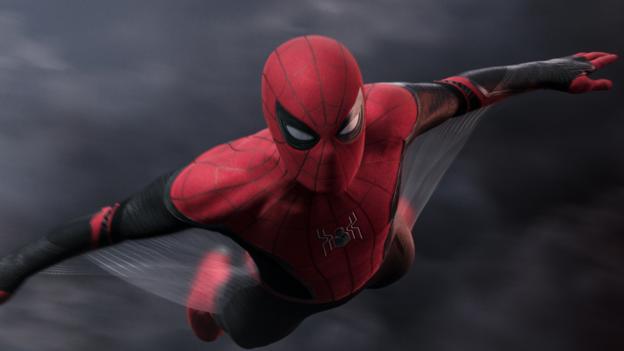 Every so often, I will hear that the latest Marvel film has the best post or mid-credits scene in the entire cinematic universe.
However, when I eventually see the film, and the scene, I am almost always left disappointed.
Coming into Spider-Man: Far From Home I had heard nothing about its mid-credits scene, which is why I was pleasantly surprised to find it is my favourite in the entirety of the MCU.
There are two great twists and an amazing cameo that make this moment more than worth the wait.

The post-credits scene is good too and, happily, so is the rest of the film.
Directed by Jon Watts, Spider-Man: Far From Home sees Peter Parker (Tom Holland) on a school trip overseas, where he plan to confess his feelings for Mary Jane (Zendaya).
However, his plans change when Nick Fury (Samuel L. Jackson) ropes him in on a mission to save the world by helping a hero from the multiverse named Mysterio (Jake Gyllenhaal).
Now, although I said the film is good, it is a bit slow going at first and does have a few rushed moments.
For example, the growing friendship between Peter and Mysterio’s Quentin Beck felt like it happened too quickly, with an absurd level of trust built between them in such a small amount of time.

Then there is this big exposition scene that could have been a lot better and is saved only by Gyllenhaal’s charisma.
However, after this exposition scene, the film goes full throttle with explosive action, culminating in a great third act.
Along with this, the comedy is also very good with Happy Hogan (Jon Faverau) and Peter’s friend Ned Leeds (Jacob Batalon) being particularly funny.
Then there is the relationship between Peter and M.J, who both have fantastic chemistry in their scenes, which are well performed by their actors.

Overall, I would say Spider-Man: Far From Home is another great addition to the MCU.
It is not quite as good as Home Coming but still very enjoyable.
Just be sure to sit through the credits to watch the amazing mid-credits scene.