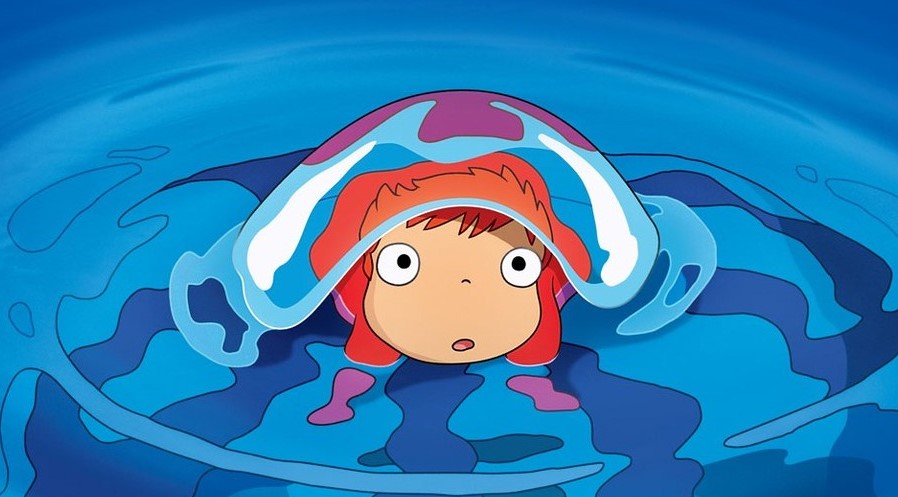 Have you ever wondered how Disney films would be if they were turned into anime?
Well, wonder no longer because Hayao Miyazaki’s 2008 film, Ponyo, is basically an anime version of The Little Mermaid.
Okay, in all honesty that’s probably simplifying things a little to much because, despite reminding me of The Little Mermaid, with its similar plot, the two films are very different.
Miyazaki’s film follows the titular Ponyo (Yuria Nara), a goldfish that is the daughter of a sea wizard (George Tokoro) and a sea goddess (Yūki Amami), who runs away from her overbearing father, only to be rescued by a five-year-old boy, Sōsuke (Hiroki Doi).
Upon being taken away by her father, Ponyo decides she wants to stay with Sōsuke so uses magic to transform herself into a human and goes to live with him.
And this is where The Little Mermaid similarities end, as Ponyo then follows the effect her decision has on Sōsuke’s seaside town, although not enough in my opinion.
This is one of my problems with Ponyo as it makes a point to depict what happens because of her going to live with Sōsuke but kind of ignores the consequences.
If this had happened in real life it would have been disastrous but the characters all act like it is just an everyday occurrence.

It was also not made very clear why some of the apparently world ending stuff was about to happen because of Ponyo’s decision.
Also, everyone in the film seems oddly accepting of her once being a fish.
I know this film is primarily directed towards children but these plot holes and inconsistencies really bothered me while watching it.
Still, these issues did not ruin the film because Ponyo is still a lot of fun.
The animation and music are great, as with all of Myazaki’s films and the characters are all likeable.

Ponyo is also really funny as well, with a few of the jokes that came towards the end leaving me in stitches.
I also liked the bond between Ponyo and Sōsuke, which was really sweet.
Overall, I would say Ponyo is the weakest Miyazaki film that I have seen so far.
However, this says a lot about the quality of his films, considering I still consider his weakest to be a good film.