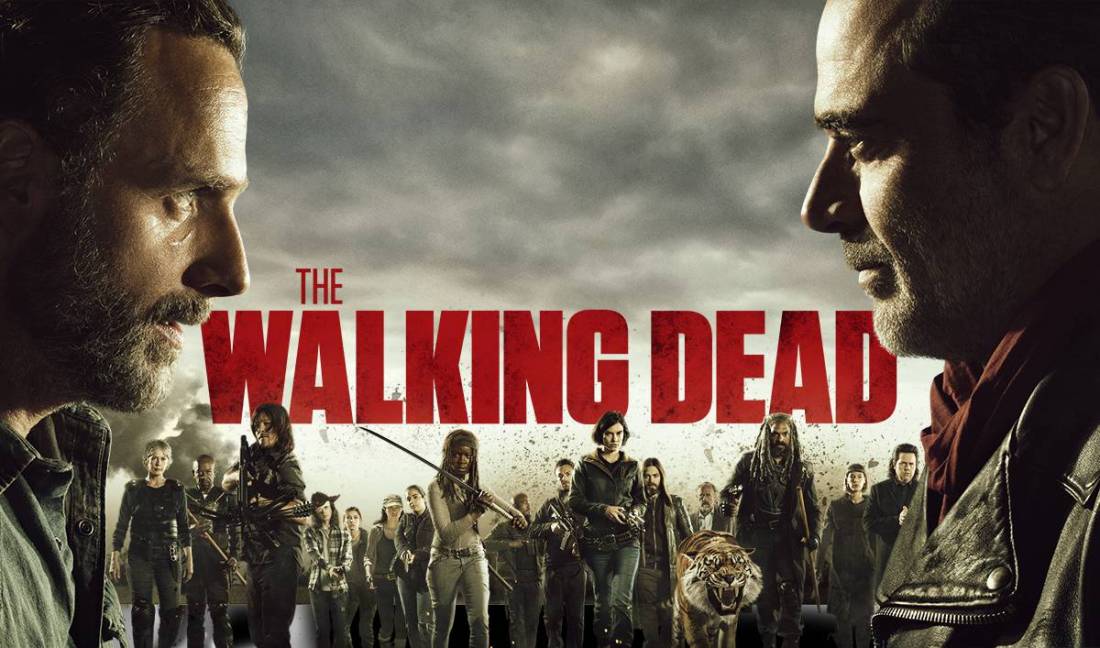 All out war continued in last night’s episode of The Walking Dead, The Damned, which saw Rick’s group attack two separate Savior outposts.
The Damned was a definite improvement on last week’s episode, as an almost solely action driven episode that left you on the edge of your seat.
The Walking Dead is definitely learning from its mistakes in season seven by focusing on multiple characters, instead of a small group of them one episode and another small group in the next.
All the main characters featured in this episode are given their moments to shine.
I especially liked the dynamic between Tara and Jesus and their debate over whether they should just kill all of the Saviors.
Morgan was also a standout in this episode as we saw him go full clear mode and take out a bunch of armed men with no hesitation or remorse.
He even went as far to flashback about Rick’s speech in season six about killing all of the Saviors, which almost made him killed Jared, the Savior who killed Benjamin. 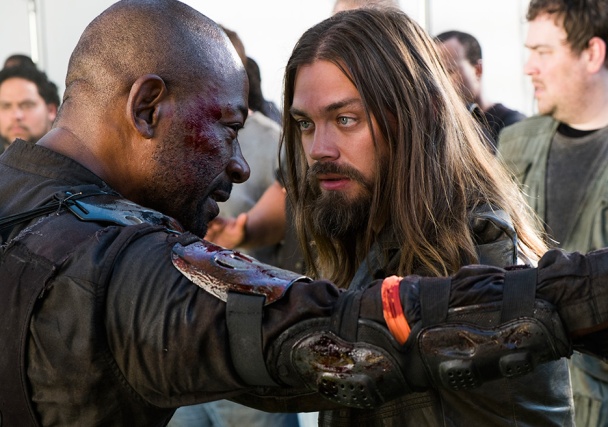 I imagine that Morgan will come to regret not killing Jared, that guy is bad news.
It will be interesting to see what happens with the prisoners they captured this episode.
There was a lot of them so I wonder what they will do with them.
Will they escape or will someone like Morgan or Tara just start executing them?
We will have to wait and see.
The second of the three story lines this episode saw Carol and Ezekiel tracking a Savoir to stop him alerting his friends at the outpost of the coming attack.
This was a very minor plot point that is building to the big attack next episode, which will have dire consequences for Ezekiel, if they go the route of the comics.
However, although it was interesting to see Carol and Ezekiel interact, along with Ezekiel casually dropping his king persona, it did feel a bit weird, considering how it is urgent that they track this person and yet they are constantly stopping to talk. 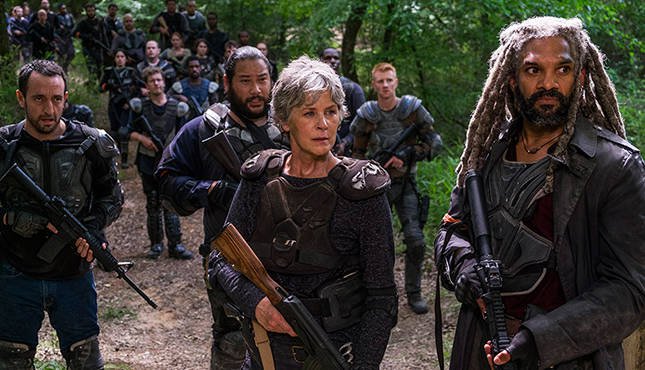 It was great to see Shiva in action again this episode, eventually taking down the man they were tracking and I look forward to see how she is utilized next episode.
Now for the third story line, which saw Rick, Daryl, Aaron and Eric and their forces attacking a second Savior outpost.
This story line by far had the best parts of the episode.
From Rick’s intense fight with the Savior, to learning he had orphaned a child, to Eric getting shot, this story line was filled with intense moments.
Not to mention the surprise return of Morales, which was unfortunately spoiled for me before I watched the episode (thanks a lot internet!). 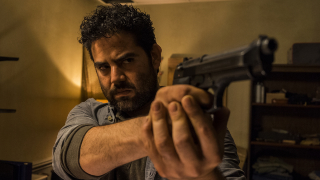 Morales has been the face of fan speculation and memes for years now, concerning his disappearance in season one and what happened to him.
The level of interest that has circled Morales over the years is kind of odd, when you think about it because he was only in four episodes and was more of a side character than anything else.
Still is is good to see him back and on the side of the Saviors.
Clearly a lot has happened since we last saw him, back in season one.
It will be interesting to see what they do with his character… if they do anything with him at all.
I hope he is not just a one episode bad guy that dies in the next episode because, if he is, what was the point of bringing him back?
I hope they actually do something with Morales and he has a point being here.
Overall, this was a great episode, with only a few minor faults in Ezekiel and Carol’s story line.
It will be interesting to see what happens in the next episode and what Morales’ return holds for the future.