Many people are already calling Some Guy the best episode of Season 8 of The Walking Dead.
However, I do not feel that way.
I did like Some Guy but it had a few too many obvious flaws, for my liking.
In fact, I actually think this is the weakest episode of the season so far.
The Some Guy title refers to Ezekiel, in this episode, who we see torn down from a leader confident of victory, to a shell of that man who no longer wants to be called king.
I really liked a lot of the scenes with Ezekiel.
As the episode went along, we saw Ezekiel gradually lose more hope, starting with the death of his soldiers, until he loses it completely, with the death of Shiva. 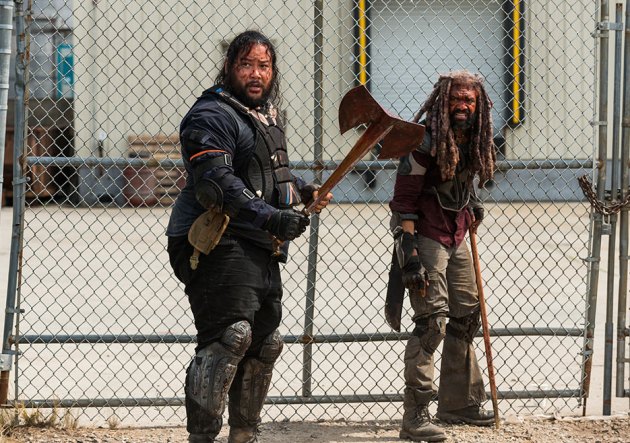 Even Jerry had moments to shine in this episode, when he cut a Saviour, who was holding Ezekiel hostage, in half.
Although it is weird that he hits him twice with it, considering he obviously killed him with the first blow but that is a nitpick.
Carol is another central character in this episode, mowing Saviours down, left and right  and just generally being Carol.
However, although I did like these things, as I said, this episode did have more flaws than previous episodes.
For one thing, the danger never feels real in this episode.
For most of the episode, the characters never felt in danger to me.
When Carol was being shot at from behind the car, it was ridiculous that she was not hit with the amount of bullets being fired. 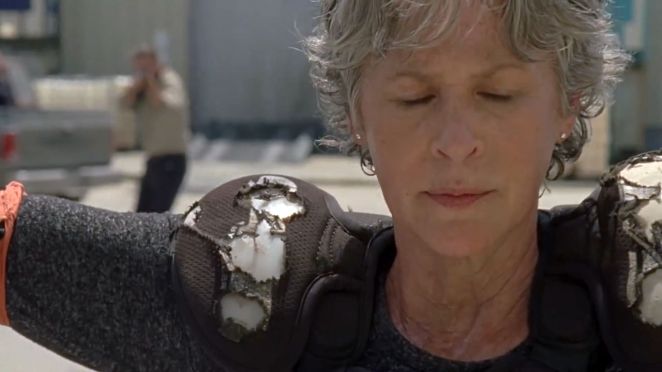 Even worse is the scene where Rick and Daryl chase the Saviours with the 50. Calibur Machine Gun.
They are shot at repeatedly with this gun and, due to plot armor, are never hit.
If this was a real situation, then they would have been torn apart by gunfire.
It made the action feel very artificial and the danger not very apparent.
This episode also has a few scenes that just do not work.
First there is Ezekiel’s conversation with the Jeffrey Dahmer look alike, who took him hostage.
Some of this conversation was really good and interesting but, mostly, it was a bit of a drag.
I was just waiting for a Walker or Jerry to show up and kill him.
The final problem I have with this episode is Shiva’s death.
Yes, it was a sad death but the way it happened did not work at all.
In the comics, Ezekiel is overwhelmed by Walkers and about to be devoured when Shiva charges in and saves him, sacrificing herself in the process.
In the show however, Ezekiel, Carol and Jerry are not even close to being overwhelmed.
They could easily walk over an embankment and escape but Ezekiel wants to stay behind and sacrifice himself, even though they could all escape together.
This leads to Shiva charging in and sacrificing herself but since Ezekiel could have easily fled, her sacrifice felt completely unnecessary. 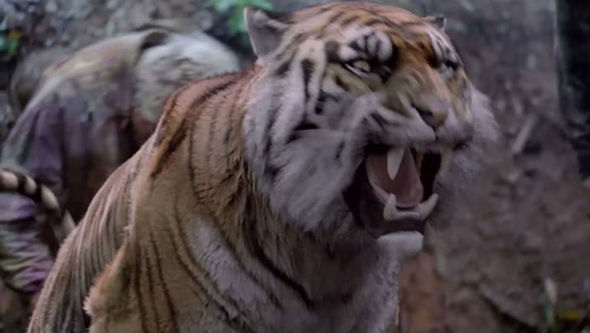 Although, I did love Ezekiel’s reaction to her death.
Khary Payton did a great job in this episode.
It is these problems that makes me think this episode is the weakest in the season so far.
I still liked the episode though because there was enough character development, with Ezekiel, and some interesting action scenes to keep me interested.