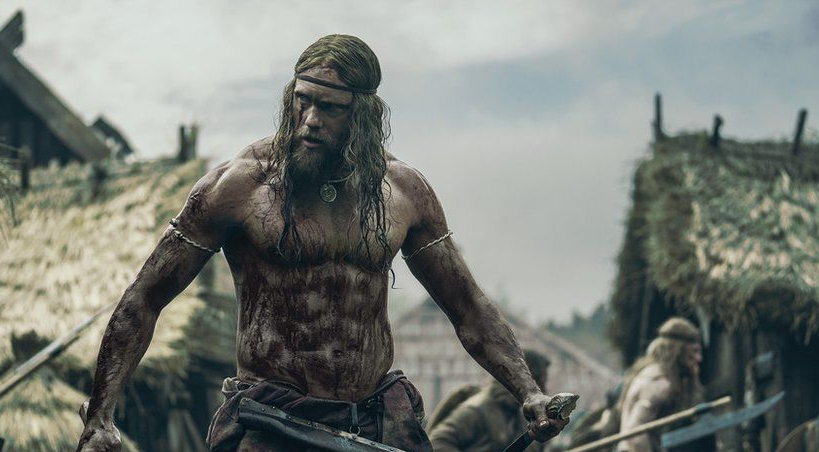 Robert Eggers is a director who has been highly praised for his previous films, The Witch and The Lighthouse.
Given this, and how much I was impressed by the trailers for his latest film, The Northman, along with the movie’s positive reception, I went to see it last weekend.
After watching it, I can definitely say that I agree with the reception the film has been getting.
The Northman is a brutal, viking revenge story that is thrilling from beginning to end, even in its slower moments.
Our main character is Amleth (Alexander Skarsgård), a viking prince, whose father (Ethan Hawke) is murdered and mother (Nicole Kidman) kidnapped by his uncle Fjölnir (Claes Bang).
Amleth barely escapes the assassination and coup where Fjölnir steals the kingdom, growing up to become a savage warrior; one with three promises keeping him going over the years: “I will avenge you, father. I will save you, mother. I will kill you, Fjölnir.”

The direction of The Northman is stellar, along with the cinematography by Jarin Blaschke, and the score by Robin Carolan and Sebastian Gainsborough.
These features help propel the writing forward, as the film manages to be quite entertaining, despite its often slow pace, with some excellent action sequences and compelling twists and turns to the narrative.
The actors also all bring their A game.
Alexander Skarsgård feels like a literal beast at times as Amleth, yet still manages to show vulnerabilities in a performance that would not surprise me if it earned him a Best Actor Nomination at the very least.

The other actors all bring the same quality to their performances, even those with minor roles like Willem Dafoe and Björk.
The only character I have an issue with in this movie is Olga, played by Anya Taylor Joy.
However, this is not because of Joy’s performance.
In fact, I think she does an excellent job, like everyone else.
No, my issue has to do with the way she is written.
I just find the kind of relationship she forms with Almeth to be sort of unrealistic, considering how the two of them meet.
It made me think there was going to be some kind of twist surrounding Olga but there wasn’t.

This was not a huge issue, however, and, other than this, I absolutely loved The Northman.
It is a gripping revenge story that has a lot to say about the consequences of vengeance, the brutality of people, and even the effect love can have on a person.
The Northman is easily one of the best film’s of the year.